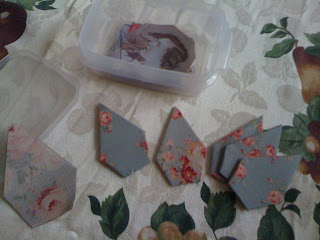 I thought I would keep a wee update of this quilt here when I think there is enough to show. 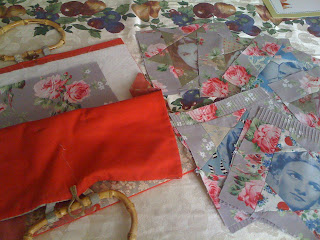 This is the quilt that I would have made for my Nana if she was still here with us. I really wish she was, but there you go. And this is the quilt that I am going to put in the Katoomba Quilt Show. Katoomba because that was the big town for Nana. She met my Grandpop in Wentworth Falls, and married there. As the quilt progresses, I'll get some pics of those special places she went, because they will play a part in the quilt too (but not in the way you might think ^-^) 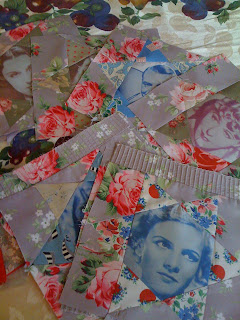 Anyway, its a quilt with a story behind it, and here is the beginning!
Posted by Jo Ellem at 20:10 No comments:
Email ThisBlogThis!Share to TwitterShare to FacebookShare to Pinterest 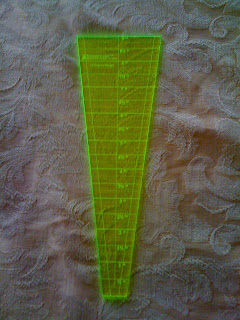 I was at the Cottage Quiltworks on the weekend. I love the Cottage Quilt Works. I have been going there for a long time now. I used to go up and browse for ages while Brent's Mum and Dad would have some play time, when the store was only a couple of streets away from their home. 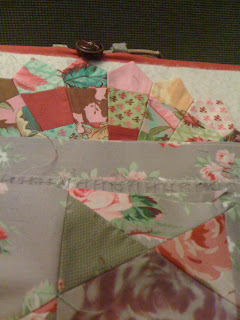 And now the store is moved and settled in and about 15 minutes (or 20) drive away from the in laws now. Not really sneakable to. But it is on the way so a drop in isn't a poor compromise. In fact, it's a good one. : ) 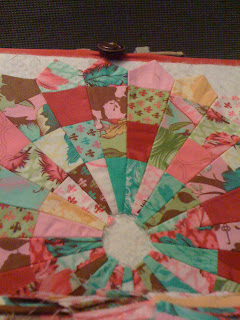 Everytime I go in there, I see something that makes my brain fizzy. With ideas. So when I went in there the other day to buy some lovely printed bias for Pickles Christmas frock (yes, I know ... it's August but I am planning here). I am making her a lovely Modkids dress. Anyways, I went in saying that was all I was going to get. Until I saw a very pretty little funky Dresden plate up on the wall. The spokes were about 6" in length and instead of being chunky looking, the spokes were slender. Lovely. So out I come with bias, a pigment pen and one of Matilda's Own 15 Degree Wedge rulers. So instead of folding up the washing, I spent the night playing with the ruler. 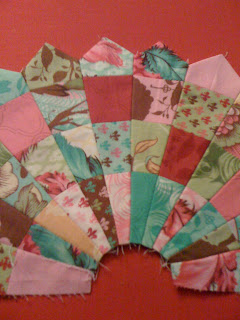 Love it.
Posted by Jo Ellem at 19:47 No comments:
Email ThisBlogThis!Share to TwitterShare to FacebookShare to Pinterest
Newer Posts Older Posts Home
Subscribe to: Posts (Atom)